There is a need to broaden our educational programmes so that students can access alternative methods and spaces for learning. 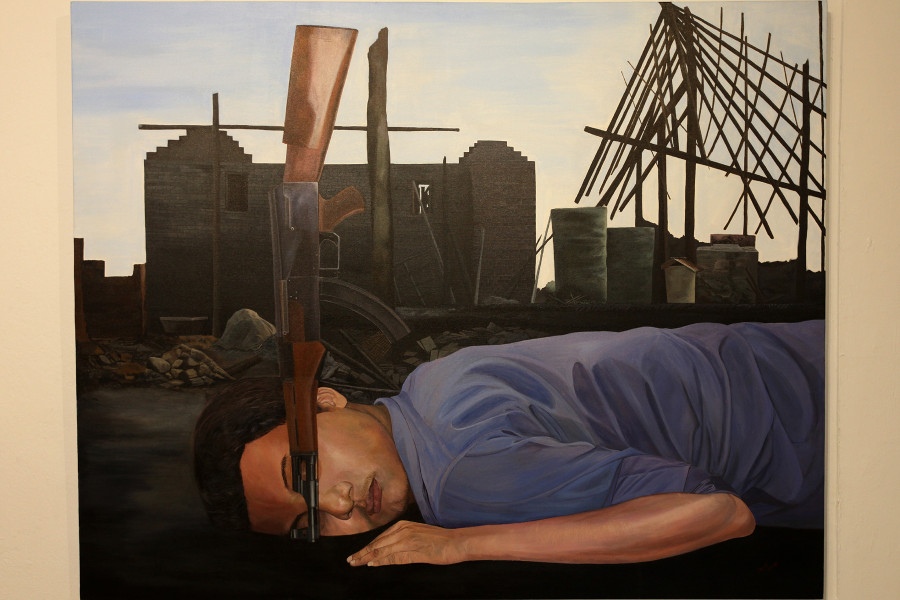 What is the purpose of education? The responses will vary greatly, depending on who you are and what you do. Parents, politicians and policymakers will have different concerns based on different social visions. But it is worth nudging the beneficiaries of the education system, the students, to investigate this inquiry more deeply and from various angles; to help them identify the inherent layers. The term ‘students’ encapsulates a massive, heterogeneous population and each will have their own aspirations. In the context of Nepal, burdened with a history that offered unequal access and opportunity to different groups of citizens, the question becomes crucial. The purpose of education might still be intricately tied to class and caste, and to one’s sociopolitical identity.

The cruel Rana rule banned public education for over a century, and the autocratic Panchayat system designed state mechanisms to benefit select groups of people. Academic researchers have analysed the Panchayat curricula and described it as propaganda designed to brainwash and engineer faux nationalism. Just like the racially integrated classrooms that silenced black girls in the United States, the Panchayat education system discouraged critical questioning and discussions. More importantly, the histories and narratives of marginalised and oppressed groups of Nepalis were systematically excluded from the textbooks and largely erased during the Rana and Shah regimes.

Writers like CK Lal and Aahuti have written extensively along these lines, regularly calling out the casteist nature of the Nepali state. And speaking at a recent talk programme, Aahuti pointed out that a state that values jaati (diversity) will work to create equality, whereas a state that values jaat (hierarchy) will work to exploit. Even though Nepal has politically transitioned from autocratic rule to a federal republic, the basic values of the Nepali state (hill, Hindu, high-caste) hasn’t changed, reiterated Aahuti, stating that the nation was designed based on jaat and this designation is deeply entrenched, impacting not just the political mechanism but also law and order, the media and security networks, and of course, the education system.

For students belonging to the Khas-Arya group (hill, Hindu, high-caste), the purpose of education might be more straightforward—getting basic information, passing exams and securing a job. These students are adequately represented in history lessons and stories, in popular movies and the media. Their place in mainstream society is never questioned; their aspirations for power and comfort are largely assured. But for students from marginalised groups, the purpose of education becomes multifarious. It is almost impossible for them to track their ancestry, and consequently, their place inside classrooms and in the larger society.

The aforementioned talk programme was titled ‘Non-textual representation of Nepal’s marginalised narratives’ and was part of an exhibition titled Maasinya Dastoor by Tharu artist Lavkant Chaudhary. While growing up in a boarding school in Sarlahi, Chaudhary had very little knowledge about his own ethnic background because it wasn’t taught in schools. His curiosity was piqued only after moving to Kathmandu and during the politically sensitive aftermath of the 2015 Tikapur killings. After familiarising himself with the historical grievances of different ethnic groups, Chaudhary travelled through the Tarai belt, speaking to Tharu leaders, writers and activists. Artifacts and artworks inspired by this research—diaries of murdered journalist Jokhan Ratgainya, replicas of dastoors and tamasuks juxtaposed with stipplings and photos, statements by rulers carved on ghailas, installations and an astimki, portraits and a video—have been expertly curated in a way that clearly exposes the ways the Nepali state oppressed and exploited the indigenous Tharus.

Textual representation is based on facts and is usually produced by the state, explained CK Lal during the same talk programme. And non-textual representation is based on aesthetic expressions in the form of fine art, poems and plays. According to Aahuti, it is impossible to tell accurate stories of marginalised experiences in Nepal because the state has not set up fair and accurate mechanisms. The textbooks are outdated, and the system is fraught with pedagogical problems. It then becomes important to engage with non-textual representations like Chaudhary’s exhibition in order to understand our country’s history that highlights the prevailing socio-political order. Furthermore, non-textual representations can often be more effective because they are infused with raw emotions that have emerged from lived experiences. That is why an educational outreach programme that engages students and stakeholders with art shows like Dastoor becomes essential.

Another educational intervention based on the Tharu people is currently ongoing. Srijanalaya, a non-governmental organisation that works to create safe spaces for children, brought together Tharu writers and paired them with illustrators in order to create picture books. With support from The Asia Foundation’s Let’s Read Asia programme, illustrators visited Tharu neighbourhoods in Dang so that their images would be informed by their observations.

Since we live in a world complicated by ideological clashes and in a country burdened with history, what could be the purpose of education? If we are indeed committed to justice and equality, is it imperative to provide a voice to those who have been voiceless for generations? Who should write the school curricula and on what basis? Whose stories should be included and to what extent? Whose representations matter? If the purpose of education is to provide knowledge, is knowledge about information only or should educators always find ways to connect the information to each student’s life?

One could say that by creating Maasinya Dastoor, the artist participated in a new kind of education, the same way writers and illustrators for Srijanalaya’s picture book project have collaborated and participated in order to create new possibilities of learning for others. By studying and accessing previously hidden stories, these new methods of learning have the potential to set mindsets free. Is the purpose of education then to set everyone free? I am alluding to freedom with all its connotations, with all its philosophical and psychological implications. Freedom as a way to self-actualise and become independent; freedom as a space for self-transformation and social change, a space into which those who have often been left out can be invited.